It is with deep regret that the TEKA committee has decided to postpone our scheduled State Title event at Dubbo next weekend, the 15th and 16th August.

This is due to many teams withdrawing from the event due to Covid 19 concerns.

Not only have we lost teams but key officials and helpers who without them the event cannot go on.

We apologise for the late notice but the situation only started to unfold Friday night and we have been working hard to see if we could rescue the event.

Huge thank you to Karl from Dubbo kart club for trying to fill our missing positions from his end, but ultimately too many teams and officials pulled out forcing our hand.

Hopefully making the announcement today will give you all time to cancel accommodation and make new arrangements around work and plans for next weekend.

We will monitor the Covid situation closely with KNSW over the coming weeks and hope to possibly find a new date for our State Title later in the season.

Those Magnificent Zen and those Maverick Machines.

TEKA announced a race that awoke a strong field of 27 teams out of their Covid slumber from near and far to try their luck at knocking the King off his throne.

After the hotly contested and near full field Friday practice on the newly resurfaced Port Macquarie track, it was clear that two chassis rose above the others. The men from Zen and a myriad of Mavericks swapping fast times to be top of the pops.

Saturday was no different with two qualifying sessions back to back, in very tricky damp conditions, seeing Maverick Kart 1 grabbing pole for both Saturdays 5 hour anti clockwise race and Sunday’s 5 hour in the way the clock normally runs.

The race started out the usual fashion with the heavy hitters quickly setting the pace with 1, 27 and 59 joined by the A grade upstarts from 88, 49, 97, 33 and the bumble bees from the Preston stable, going head to head with the pro boys. Over the first part of the race each of the above held down 1st place with only the different race strategies swapping the number at the top of the heap.

It was looking like another Kart 1 walkover until the prep gremlins worked their sabotage genius on a front stub axle seeing the King himself literally driving the wheels off the numero uno Mav. That left the 59 Mav and the 27 Zen to go toe to toe over the next few hours seeing the man of steel himself (some say he has a large S chiselled into his silken chest), Steeley from Dynamite 27 setting a new lap record in the chase of 59.

A grade saw the teams from ASR 88 , El Toro 97, Unifilter 33, Misfits 49, Preston Hire 81, Double D 44 and the Buildline 9 team with drivers from both ends of the age spectrum (from 1 foot in the nursing home to not having a shaving license yet) and many others fight out a super competitive A grade battle of the ages.

It was no different in B grade with a tough fight brewing between FYI 23, Top Step 45, Profan 12 and Maverick 60 battling out for the top 3 spots. FYI 23 were so committed to the win one driver decided instead of taking a break for lunch to recycle the night before dinner (beers included) in his helmet mid stint in a bid to save time. That is commitment, and it’s also a new Bluetooth headset and helmet lining, those carrots get in the weirdest places.

Sunday bloody cold start Sunday, as Bono put it. We go North to escape winter and it was cold enough to freeze the moles off a monk.

With the track flipped from Saturday to the opposite direction the quick-fire practice session was more of a “shit I have to turn right this time” session than a time for kart set up.

Race wise it was a carbon copy of the day before except for a few things.

Kart 1 kept all its wheels on, Preston Hire did not, and FYI 23 ordered a hamburger with chips in the usual way. Sunday also saw another new lap record, this time from Maverick 59. Nick the “cool as a cucumber” Cooley (some say he has a tattoo of a large green vegetable on his chest WTF) set the new benchmark chasing the again quick 27 and the 4 wheeled Maverick 1.

So, after 5 hours the order was... well basically it was a mess. Like the old song from the title way up the top many teams went up tiddly up up and went down tiddly down down.

Unfortunately the Port timing curse found its way into our bank of decoders giving quite a few people a massive ice cream headache working out who actually was in first, what, who’s in second and I don’t know who is in third for a good 5 days.

After going through thousands of laps and pit passing’s we were finally able to announce the round winners of the Port 10 hour broken into 2 x 5 hours in each direction race weekend.

Congratulations to the following teams.


The TEKA committee would like to thank everyone involved with the running of the weekend from the Port Club who put on a great show with the best canteen food. Thanks to our awesome Officials and a special mention to Johnny, who stepped up big time to run the entire fuel bay after Rob and Davo had a Beer Flu scare and couldn’t come at very short notice.

Look forward to seeing you all at Dubbo. 🏁

Entries and Sup Regs available via the links on our website homepage.

The Endurance Karting Association (TEKA) offers endurance racing events for a minimum of 3 or 4 hours and can be as long as 24 hours of continuous racing!
View on Facebook
·Share

The Endurance Karting Association (TEKA), was established in the year 2000 and offers endurance racing events for a minimum of 3 or 4 hours and can be as long as 24 hours of continuous racing! Pit stops, driver changes, refuelling stops, race strategy and kart preparation all combine to offer a challenging and exciting “real racing” environment at a cost which is comparatively affordable to other motorsport categories. 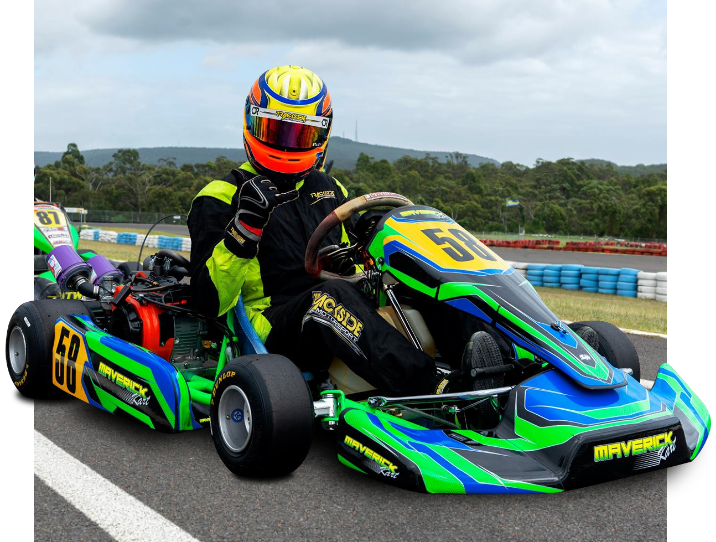 Want to race in TEKA?

Looking into racing in TEKA? Check out the links below to learn more about getting started or starting off in one of our arrive and drive packages.