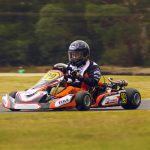 BIGGEST EVER TEKA FIELD IN 20 YEAR HISTORY OF THE CLUB

As we have stated previously, four stroke endurance karting is not just alive and well in NSW… its freaking booming!
With 39 karts and more than 100 drivers register for “Blue Mountains Custom Metalworks Lithgow Six Hour”, this is the biggest field TEKA has had in its plus 20 year history!!!

This also with no TEKA Hire Karts out there and knowledge that there was a number of teams who couldn’t be there because of other commitments.
Testament to the clubs patronage and leadership in recent years, the future of TEKA looks amazing. On behalf of the committee and members… we are looking forward to continue bringing not just bigger but better events and at the best tracks we can.

None of this possible without the support from the amazing TEKA members and endurance karting fraternity who go to the lengths they do to support these events.

KUDOS to everyone involved!!!

Now onto Lithgow… one thing for sure was the fact that we had sunshine! How good was it to be out there without umbrellas, gumboots and raincoats… mix that up with amazing racing on track and the bumper field set round 2 up as a great event.

On track and straight up with qualifying, we knew this race could produce anything with the top 23 karts all qualifying within 1 second of Pole Position time, taken out by #67 PHC with a 38.881.

Great to see these guys in a TEKA kart, bringing with them a number of State and National karting championships and lifting the level of competition even more.

For the race, yes the regular front-runners were mixing up this time with a couple of new faces. Great to see a number of teams starting to get the most they can out of their karts and themselves to keep the usual suspects honest.

End result after near six hours of solid racing saw Pro Class Maverick #57 with a hard fought win. Closely followed was ASR #6 splitting the podium with Maverick #1 on third step.

In A Grade which is the hotly contested class to watch, the lad’s in PHC #67 got the win over YELLO Equipment Racing #81 in second followed by Cargo Safe #84 in third.

B Grade never fails to impress with ProFan Racing with a dominate win, followed by Full Noise Racing #42 in second and Top Step #45 in third.

Big shout out to Blue Mountains Custom Metalworks for sponsoring the event, go check them out on Facebook!

Big thanks to CDKC and the team out at Lithgow track for your help throughout the weekend.

Big thanks to all the officials who with the best of intensions, do an amazing job in a high pressure and sometimes emotional environment.

We are already well into the planning of next round at Dubbo, we are expecting another bumper field and also plan on introducing a few new things in effort of making the events get going and run smoother.

More communication about this in the coming week or so. Until then… get your prep done, get your entries in and we look forward to seeing you in Dubbo!